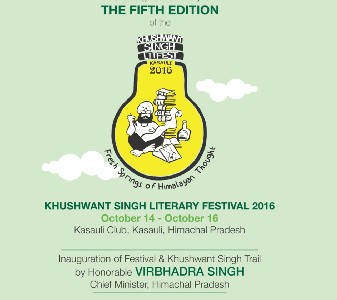 Due to tense situation on the indo Pak border , writers from Pakistan did not get permission to attend the lit fest which starts today. Rahul , son of khushwant singh said that the Pak writers had shown keen interest to attend the lit fest and had agreed to come but Pak embassy didn’t grant them permission. Homage would be payed to the soldiers who lost their lives in uri attack . Today the 14th Octobseth, Suhail Seth, Geetanjali chandi,  Montek singh Ahluwalia , Pawan Verma would discuss about Khushwant Singh. After this Omar Abdullah, Dilip Simon, Rahul Pandit, Haringey Baweja would have a discussion on kashmir cried the Beloved country.